Following on from our last post on the importance of knowing the science behind production, we thought we’d take a look at knowing your limitations.

I know we say it a lot, but the advent of home production is great, and as the technology develops and continues getting cheaper it’s only going to get better. That being said, it’s still a relatively expensive way to spend your time, and some things will always stay expensive – good monitors, good outboard gear, anything electrical rather than digital.

You are not Phil Spector 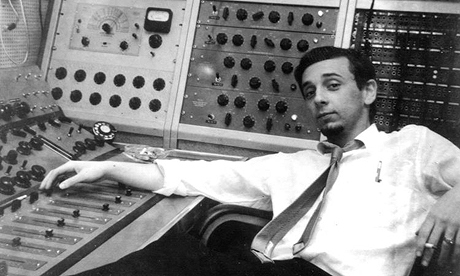 Any home producer worth their salt knows that they’re limited. You’re simply not going to get a lush Phil Spector production out of a laptop parked in a spare bedroom with an SM58 fed into it. I don’t care how many VSTs you’ve got, you still don’t have a string section in a well tuned room.

But that doesn’t mean you can’t get professional results. The trick is to work within the limitations of what you’ve got.

Sticking with the strings, you can get great sounding strings out of a good set of samples, as long as you don’t try to do too much with them. Sustained chords will usually sound great, trying to pick out a proper melody will often just reveal their inadequacies. Perhaps you’d be better off with synth strings where it doesn’t matter that they don’t sound real?

Similarly, if all you’ve got is a cheap audio interface and a cheap mic, embrace your lo-fi. It takes good pre-amps and a good mic to make a well balanced ‘big’ vocal sound – no amount of messing around with plug-ins and pre-amp simulators is going to replicate it.

Lo-fi is a bona fide sound. If that’s all you can achieve with what you’ve got, either go with it or go to a professional studio. No one complains that Coco Rosie don’t sound ‘proper’ but they certainly don’t sound like they went to a proper studio. Check this out for some great lo-fi.

Of course, (plug alert) even lo-fi recordings need to be brought up to spec, which is where mastering comes in. Make no mistake, mastering will not make a lo-fi recording hi-fi, but done well it helps make the lo-fi sound deliberate rather than enforced.

And that’s the trick – make everything you do sound deliberate.